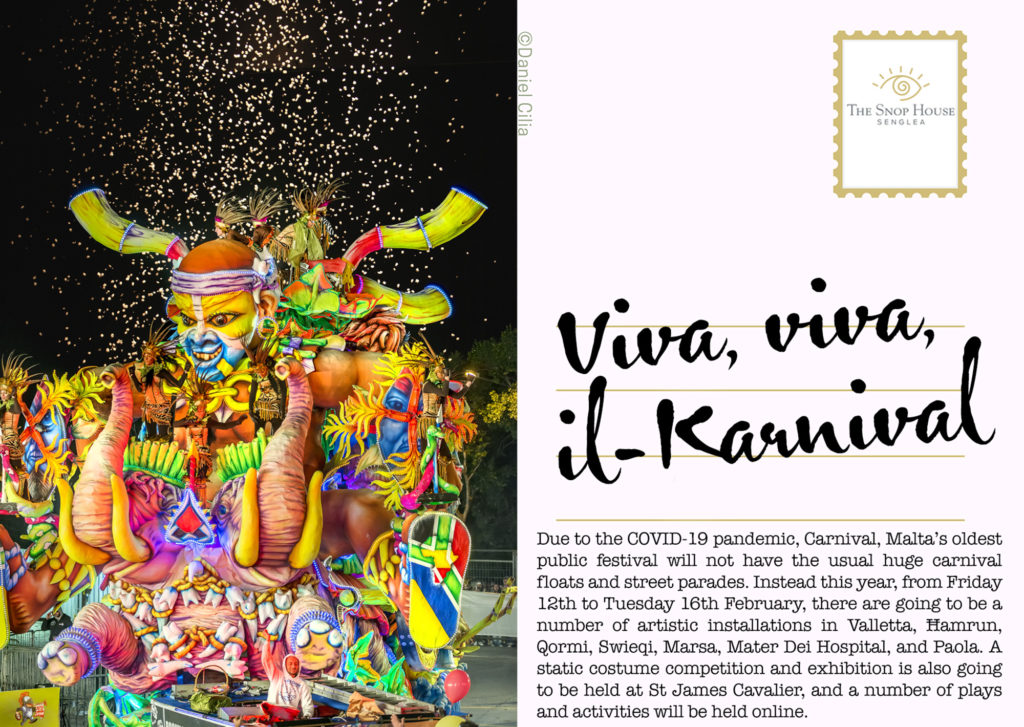 In Christian countries, Carnival is the last opportunity to eat and make merry before Lent. ut Carnival existed before Christianity, and its roots can be traced to its pagan forms which persisted well into the Christian era. Other elements derive from the Roman Saturnalia, a festival with lots of food and drink, dress-up and parades

In Malta, encouraged by the Grand Masters of the Order of St. John of Jerusalem (1530-1798), Carnival declined in the 19th century but managed to live through the period of British rule (1800-1964) and has thus been handed down in an almost unbroken tradition of about six centuries.

A tradition not to be missed if you’re in Malta during February . Get ready to be swept up in the local carnival celebrations !