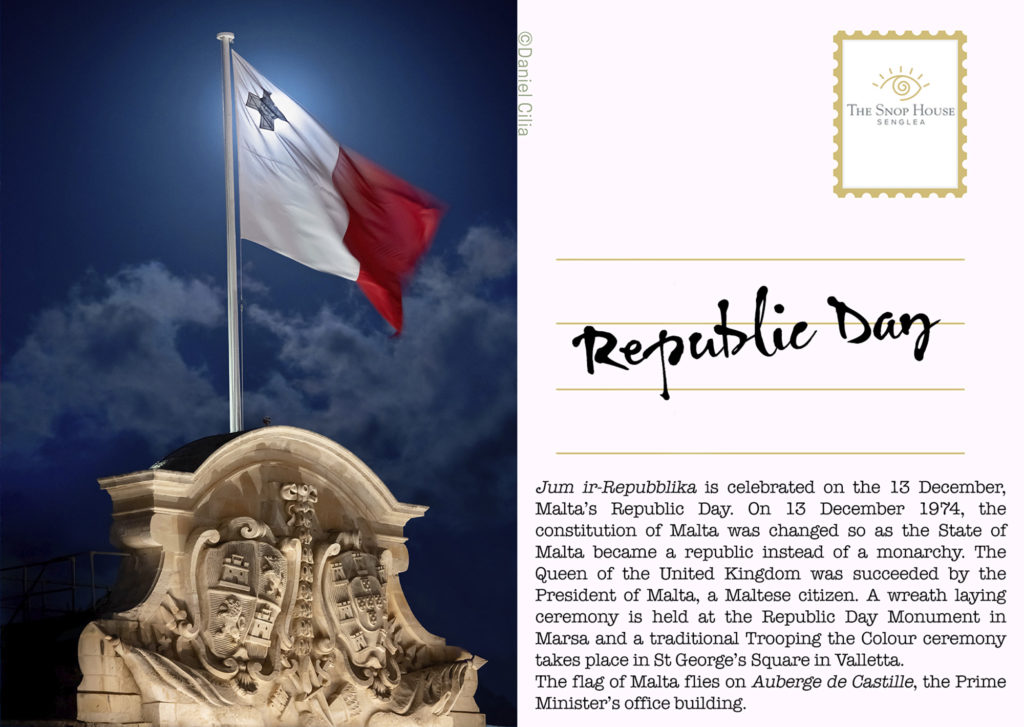 Jum ir-Repubblika is celebrated on the 13 December, Malta’s Republic Day.
On 13 December 1974, the constitution of Malta was changed so as the State of Malta became a republic instead of a monarchy. The Queen of the United Kingdom was succeeded by the President of Malta, a Maltese citizen. A wreath laying ceremony is held at the Republic Day Monument in Marsa and a traditional Trooping the Colour ceremony takes place in St George’s Square in Valletta.
The flag of Malta flies on Auberge de Castille, the Prime Minister’s office building.