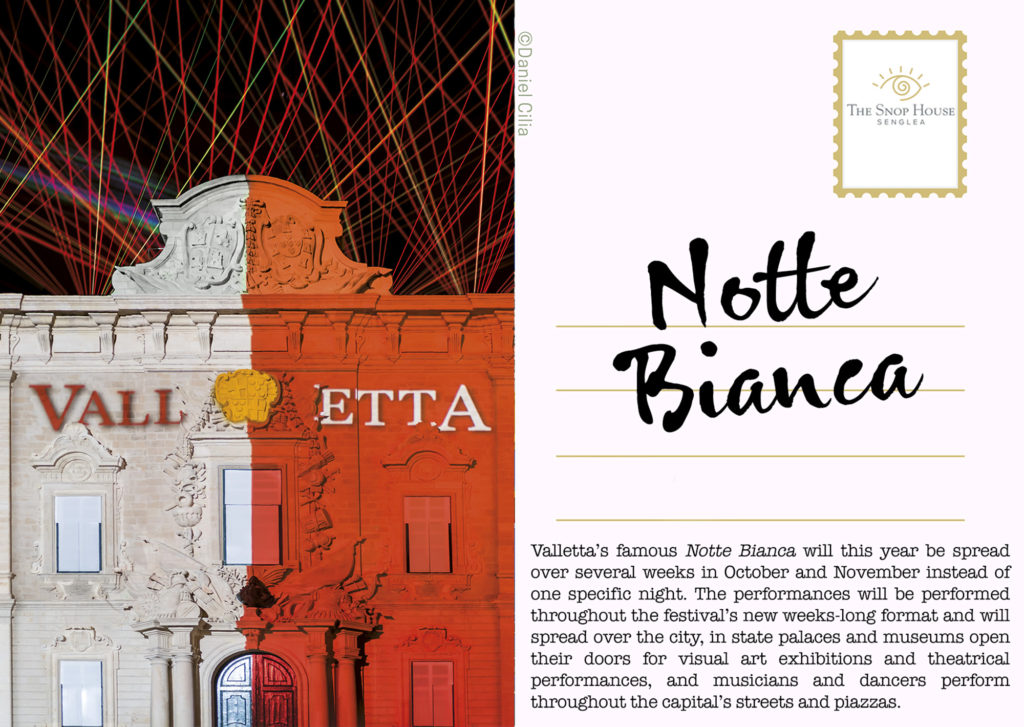 This year, Valletta’s beloved Notte Bianca will be spread over several weeks in October and November instead of one specific day. Initially planned for Saturday 3rd October, the festival will now be split into smaller performances throughout the two months.

Notwithstanding the current Covid-19 circumstances, to support the Arts and Culture, the organisers announced that they will produce Notta Bianca with a difference and that all the performances which were going to be held this year will still be allowed to do so, with the opportunity arising for the artists to be performed throughout the festival’s new weeks-long format instead.

It’s time to plan your holiday in Malta with our special offer!
10% off in addition to our usual non-refundable rates
for stays at The Snop House between 01/11/22 till 15/02/23