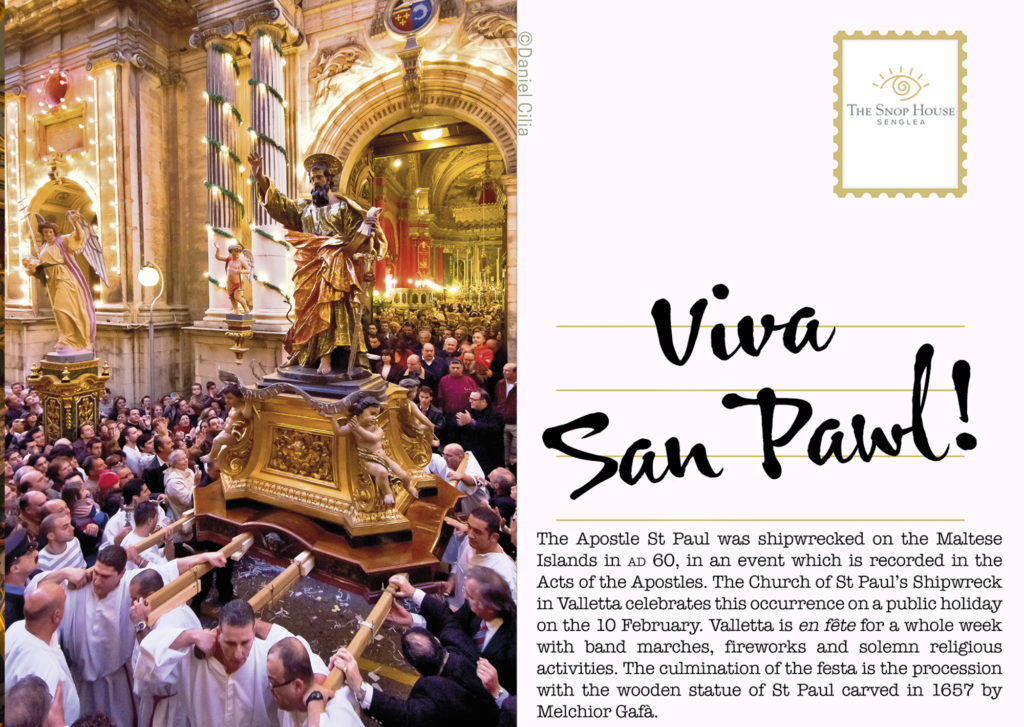 The beautiful island of Malta is steeped in history, and when visiting you’re bound to notice the many churches, statues and landmarks that are named after St Paul.

St Paul introduced the Christianity religion to the Maltese people around the time of AD 60. His fabled arrival on the island was as a result of a shipwrecking of the ship he was sailing on his way to Rome caught in a violent storm. St Paul and all the crew and passengers were forced to swim to safety on a seemingly barren and uninhabited island. The site of the shipwreck is known as St Paul’s Island, some 80 metres off of the coast of Mellieha. Once ashore, they soon discovered that the island was in fact sparsely populated and was named Malta. The locals they encountered showed great care and hospitality towards the men , and St Luke describes the welcome given to the survivors in the Acts of the Apostles (XXVIII). They lit a fire to warm the men, and this warmth drew out a viper that had been hiding from the storm. This viper supposedly wrapped itself around St Paul’s arm and viciously bit him, but St Paul was not affected by the poison which was took by the locals to be a sign of him in fact being a good man, even going as far as believing him to be a god.

The cave that St Paul made his home for the duration of his stay in Malta is known as St Pauls Grotto, which has always been considered sacred. The Church of St Paul in Rabat now stands on the site of the grotto, and dates back to the 17th century. In the 1960’s, divers found some ancient anchors that were rumoured to be of the ship that St Paul sailed on.

It’s time to plan your holiday in Malta with our special offer!
10% off in addition to our usual non-refundable rates
for stays at The Snop House between 01/11/22 till 15/02/23